I am a bit backlogged as far as trip updates, life seems to be very busy at the moment. However, I had such a great time on a recent trip to Newfoundland that I would feel bad if I didn't share a little.

It had been 9 years since my last visit to "The Rock" and I had never been when there was no snow, so I was curious to explore the outdoors more. Lori had already been visiting for a couple of weeks by the time I arrived, so she had time to get reacquainted with friends and family. Stan, also decided to join us and it was his first time.

The day after arriving ( I got in at midnight), we drove four hours from St. John's to Bonavista, Lori's hometown. It is a beautiful town on Bonavista Bay in the midst of a renovation to many of the heritage homes. Although the fishing industry has seen an almost complete collapse, tourism is starting to revitalize the region. Lori's family has lived here for around 7 generations and it was great to tour the area and get a sense of the deep connection she has for this place.

We drove Dad Hayward around while visiting places and came across one of the boats he had built years ago. It had been abandoned for some time but it was really interesting to hear how he built boats, from cutting down the right types of trees for the frame to the final finishing touches.


Stan and I had a great walk one morning from The Dungeon to Cape Bonavista Lighthouse. We managed to get out just before sunrise and catch the beautiful morning light. 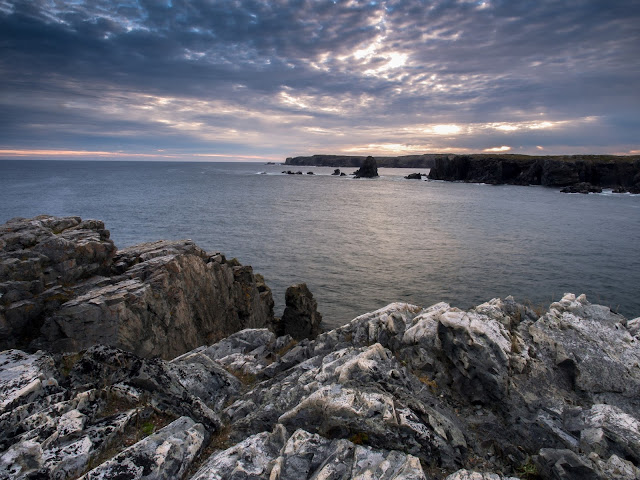 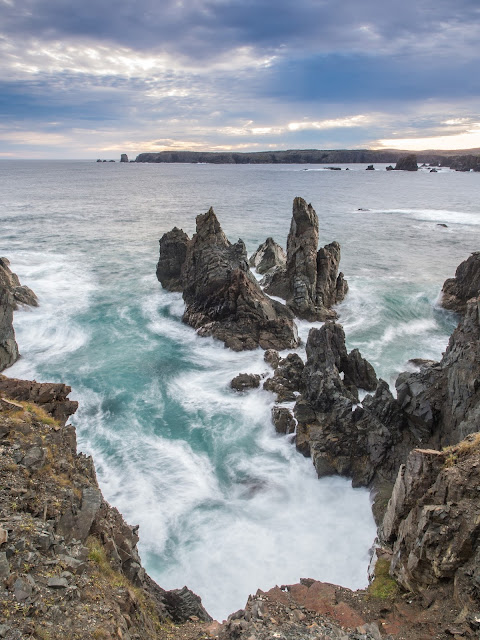 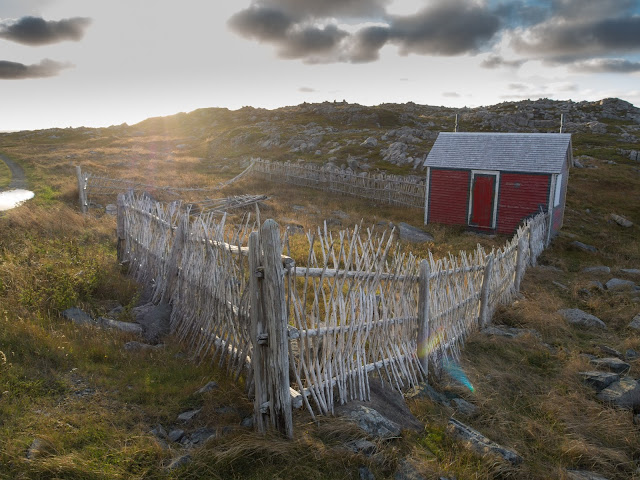 Lori also took us on the Skerwink Trail near Port Rexton. It is a very scenic 5 km loop along the ocean that Lori's step dad helped to build. 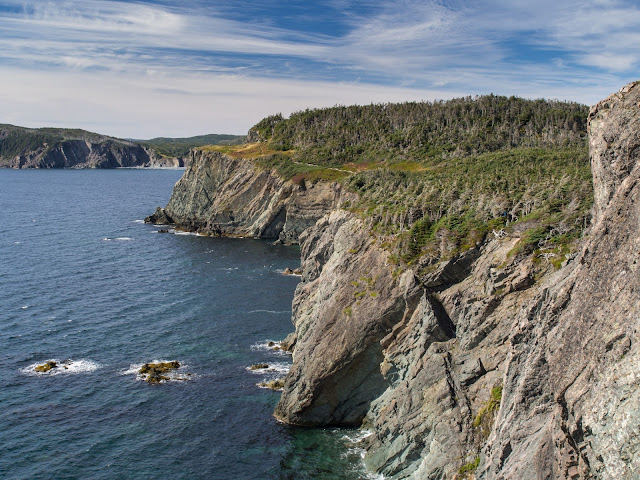 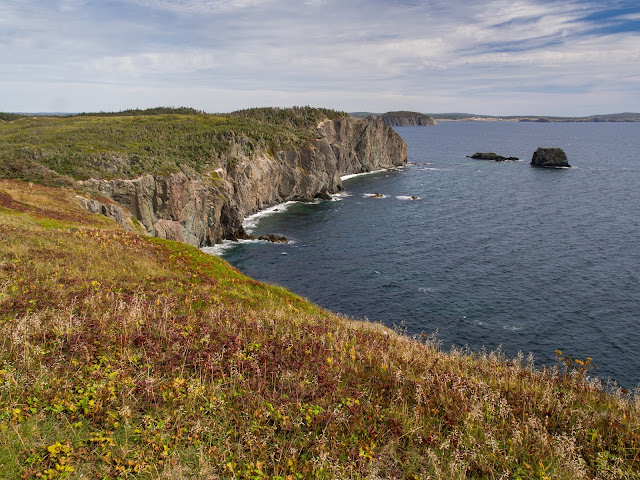 That same day, as Stan explored the town of Trinity, Lori and I went over to the site where the movie Random Passage was filmed. We had the place to ourselves and the grounds were covered in ripe blueberries and partidgeberries. 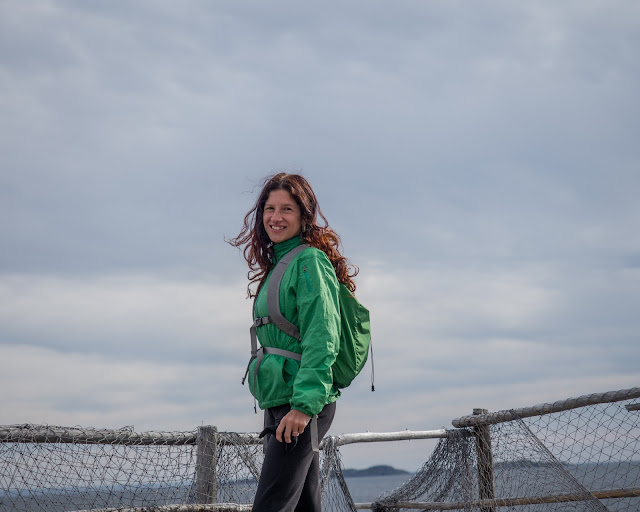 One of the other great things about Bonavista is the sunsets, every evening there was an amazing sunset. Both of the following pictures are right outside of Dad Hayward's house. 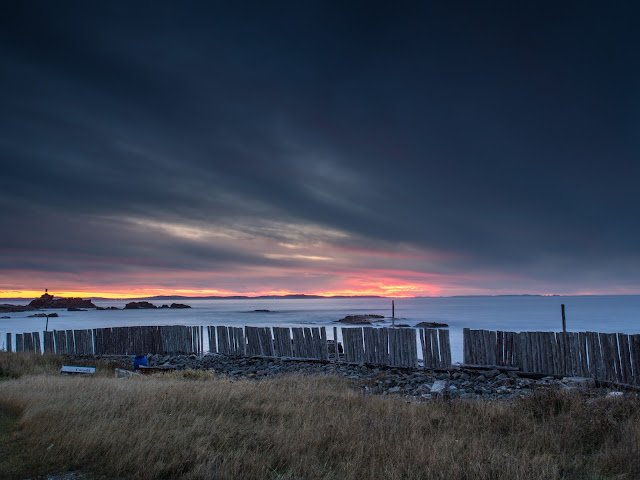 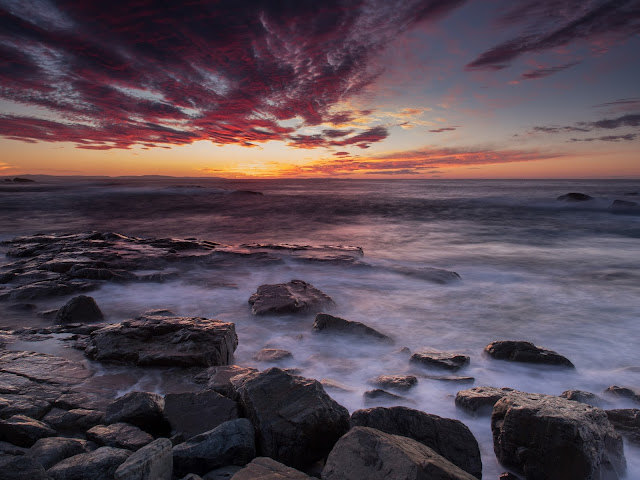 We also had a few days to spend in St. John's with Lori's sister. It was definitely a whirlwind of visiting and socializing.


I really enjoyed St. John's, as far as cities go, its a good one. People are very friendly and the views are great. I definitely would like to go back for a more extended visit.
Posted by Adam Criswell at 10:47 AM

Adam Criswell
Greetings Family, Friends and Random Humans! Welcome to my corner of the web. This blog is dedicated to documenting my life, interests and keeping all of you up to date with the latest adventures. I hope you enjoy it.