Late summer in the John Muir Wilderness. There had been a dusting of snow the weekend before and the mountains looked lovely. With the weather forecast looking positive, I hit the trail in the early afternoon, after a five hour drive from home. The plan was, go as far as I wanted each day until I needed to turn around and head back. More of a vacation trip than anything and not ambitious in terms of mileage or effort.

Day one involved getting over Bishop pass (11972 ft) and finding a campsite on the other side. From the South Lake trailhead to the pass was about six miles with 2000 feet of elevation gain. The trail is well traveled and was easy to follow with a nice grade right up until the last half mile where it got steep. Some snow and slick spots on the trail but nothing serious or tricky.

It was cold at the pass, with a light wind, and I didn't stop for long, except to pull on some pants and a wind jacket. Temperatures warmed up slightly as I moved down towards Dusy Basin from the pass. I found a lovely campsite off trail with a view over the basin and the surrounding mountains.

The night was cold at 11000 feet, dipping to around 20 with a heavy frost in the morning. I remembered to sleep with my water filter this time, so that it wouldn't freeze. I slept in and took my time in the morning, giving the sun time to melt the frost off my sleeping bag. I hadn't set up my tarp to keep the frost off, so I was covered in the morning.

The day warmed up nicely and I descended down through the basin and into Le Conte Canyon on the JMT/PCT. From here I headed south descending to about 8000 feet at the Simpson Meadow trail junction.

From here the trail then started to climb towards Mather Pass (12100 ft), I went for a few more miles and found a flat spot just above the treeline around 9500 feet. The night was cool but I was toasty warm.


The next day was sunny and the trail up the Mather Pass was lovely, although it seemed to take forever to get there. A slow uphill comb for about five miles, with some steep switch backs in the last mile. Views form the pass were great both north and south. I continued south for a few more miles until I found a spot just above treeline where I thought I could get some good photos. 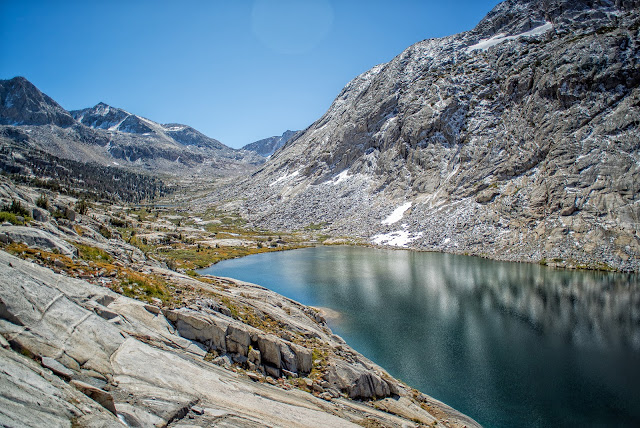 The next day I did some exploring in the area. But this was as far as I was going to go as I was three days into a five day trip. 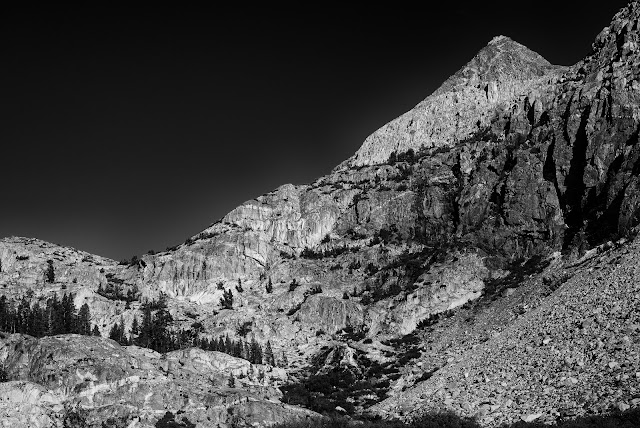 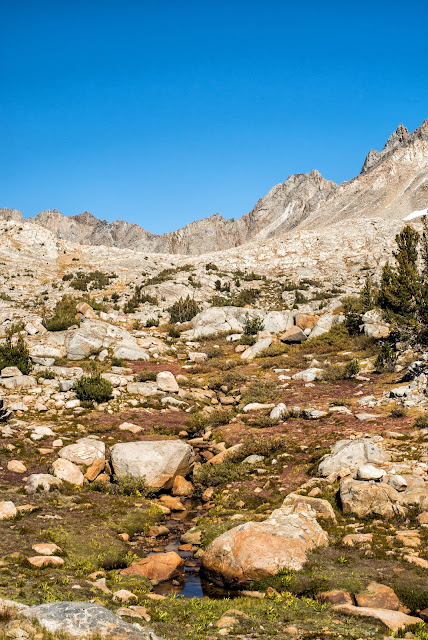 Headed north back over Mather in the afternoon and descended down to around 10700 feet near the Palisade Lakes. Incredible spot to spend the night. Was a bit windy until early morning but I slept ok. 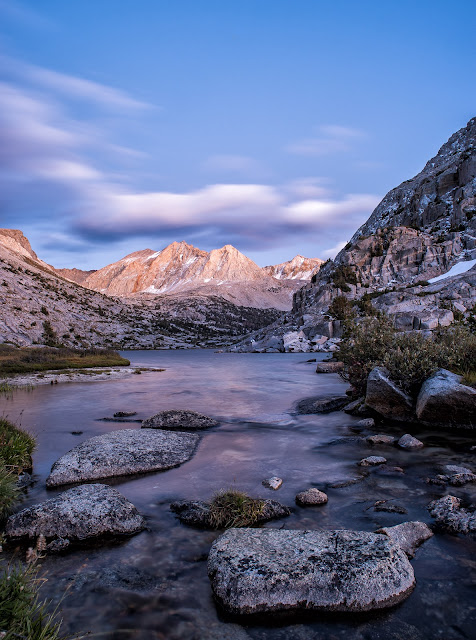 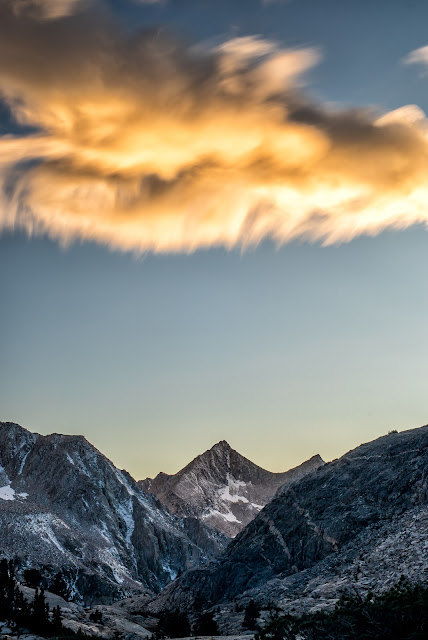 Got an early start and decided to hike out that day rather than taking the two I had originally planned. 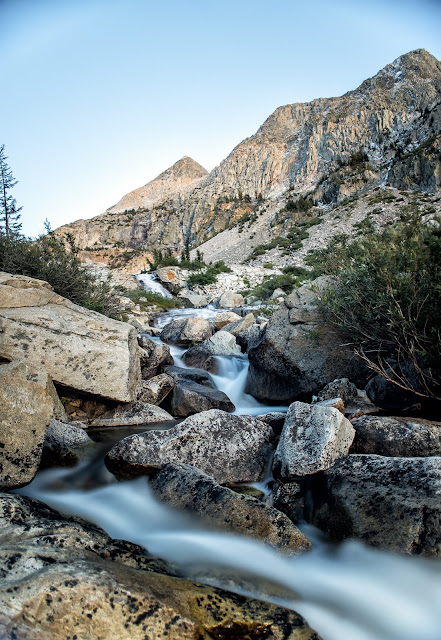 Turned out to be a long day, around 22 miles with a drop of 4000 feet and a climb of 4000 feet. But I made it to the trailhead by 5:00 and drove down to Bishop for a great meal at the local brewery. Ended up hurting my knee on the trip, feels like something pulled and was a bit painful. Overall it was a great trip, I hadn't been out on anything since January and hadn't been on a solo trip for at least a year. It was great to have some alone time, allowing my thoughts to wander, time to reflect on life and think about all those things that come up when alone without too many distractions. I would definitely recommend everyone to take some time for themselves once in a while.

Posted by Adam Criswell at 9:50 PM

Adam Criswell
Greetings Family, Friends and Random Humans! Welcome to my corner of the web. This blog is dedicated to documenting my life, interests and keeping all of you up to date with the latest adventures. I hope you enjoy it.